Latest Opinion Polls Ahead of 2019 Presidential Election. According to an opinion poll published by the Rating Sociology Group on March 19, comedian Volodymyr Zelenskyi is the frontrunner in the Ukraine presidential contest with 24.9 per cent of support from likely voters.  Former Prime Minister Yulia Tymoshenko and incumbent President Petro Poroshenko are in a statistical tie for second place at 18.8 and 17.4 percent, respectively.  The number of undecided voters – 15 percent of those interviewed – remains high.  The poll was conducted from March 9 till March 15.  It sampled 2,000 respondents and has a margin of error of two percent.
On March 25, the Kyiv International Institute of Sociology (KIIS) published results of its latest opinion poll and, again, Zelenskyi is the frontrunner with 32.1 percent of support from likely voters.  Poroshenko has the support of 17.1 percent and Tymoshenko is at 12.5 percent.  According to the KIIS poll, more than 25 percent of voters remain undecided which contributes to uncertainty in predicting the March 31 election results.  The KIIS poll was conducted from March 14 till March 22 and sampled 2,004 respondents with a margin of error of 3.3 percent.

G7 Letter Raises Concerns about Violent Extremists in Presidential Election. In a March 15 letter to Interior Minister Arsen Avakov, the G7 Ambassadors’ Support Group for Ukraine expressed concerns that calls for violence by a nationalist group in the name of election integrity may threaten to disrupt the March 31 Presidential election.  The National Corps has been officially registered by the Central Election Commission to observe the election through its affiliated NGO, the National Troops, who have pledged to “secure the integrity of elections through all means necessary, including violent”.  Recently, representatives of the National Troops violently disrupted a Petro Poroshenko rally in Cherkasy.  This raised concerns both inside and outside Ukraine.
“The G7 group is concerned by extreme political movements in Ukraine, whose violent actions are worrying in themselves,” wrote the ambassadors.  The G7 ambassadors urged Minister Avakov to act against violent extremist groups who might threaten to disrupt the upcoming vote and take over the Ukrainian National Police’s law enforcement mandate.  The ambassadors also advised the Minister to consider banning extremist groups from electoral activities in the future. 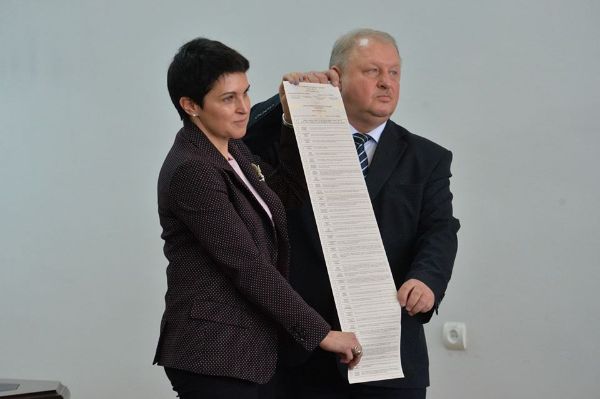 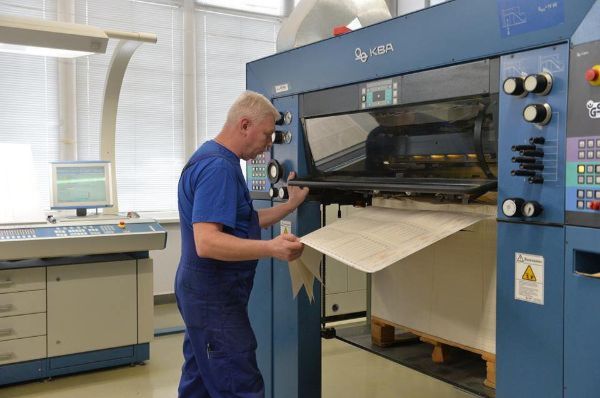 CEC Completes Printing of Ballots for 2019 Presidential Election First Round.  On March 24, the Central Election Commission finalized printing of ballots for the March 31 first round of the Presidential election.  Each ballot bears the names of the 39 candidates qualified for the election in alphabetical order.  Each ballot is 80 centimeters long — the longest ballot ever for a presidential election in Ukraine.  CEC Chair Tetiana Slipachuk noted the ballots have 10 protective features against forgery e.g. watermarks and special paper.

Frequent replacements of election commissioners by their nominating presidential candidates poses a serious threat to electoral administration independence and professionalism and undermines efforts of Ukraine’s international counterparts, including IFES, who are participating in election administration training in advance of the election.  As recommended by the Organization for Security and Cooperation in Europe’s Office of Democratic Institutions and Human Rights, members of election commissions should not be arbitrarily changed by those who nominated them.  Political parties and candidates should more carefully select prospective DEC and Precinct Election Commission (PEC) members to avoid compromising commission membership.  To solve the problem of frequent replacements on commissions and a lack of professionalism from commissioners, IFES advocates for amending Ukrainian election laws to provide mandatory training of all DEC and PEC candidates and certifying trained commissioners by the IFES/CEC Training Center.

OSCE/ODIHR International Election Observation Mission Presents First Interim Report.  On March 15, the Organization for Security and Cooperation in Europe’s Office of Democratic Institutions and Human Rights International Election Observation Mission presented an interim report of its findings in advance of the March 31 presidential election.  The report focuses on campaigning, campaign finance, the media environment, complaint resolution and the record number of Ukrainian nongovernmental organizations observing the election.  The full report is available here.

ENEMO International Election Observation Mission presents its second interim report. On March 25, the European Network of Election Monitoring Organizations (ENEMO) Election Observation Mission presented its second interim report with finding of its observation of the electoral process from March 9 to March 21, 2019. Overall, ENEMO assessed positively the overall performance of the election administration, though issues remain with regard to disparities in the level of preparation of electoral commissions at district and precinct level, and sporadic lack of transparency in the CEC’s decision-making process. The full report is available here.

IFES Assesses the risks related to overcrowding of the election commissions. In previous nationwide elections, both domestic and international observers noted isolated cases of long voter queues at the polling stations at certain times on election day. The 2019 presidential election can prove even more problematic as it would be challenging for the lower-level election commissions to accommodate all the persons entitled to be present at the respective commissions’ meetings or during election day in polling stations. High numbers of individuals present at a time in the PEC and DEC premises poses a number of other risks, including lessened secrecy of the vote, difficulties with observing the election by domestic and international observers, increased risks of fraudulent voting and violation of the voting procedures, and electoral violence, among others.
IFES comment titled “Overcrowded Election Commissions: Risks and Mitigation Actions” assesses all the risks related to overcrowding of the election commissions, overviews ongoing mitigation actions of various stakeholders to address those risks, as well as suggests further measures to be taken to mitigate the potential for overcrowding in the forthcoming and future presidential elections.