This summary details the key findings from the latest International Foundation for Electoral Systems (IFES) public opinion survey in Ukraine. The fieldwork of this survey was conducted between May 19 and June 1, 2019, following the second round of the 2019 presidential election. The survey interviewed 2,003 respondents through Ukraine, excluding the occupied areas of Donetsk and Luhansk oblasts, and the Autonomous Region of Crimea. The data has been weighted by region, age, and gender to be nationally representative of the adult (18+) population of Ukraine. The margin of error for a sample of this size is ±2.19%. The fieldwork and data processing for the survey was conducted by the Kyiv International Institute of Sociology (KIIS). Where applicable, data is compared to IFES’ pre-election survey conducted by KIIS between December 8-30, 2018, with a national representative sample of 2,004 adult Ukrainians.

Widespread Positive Assessments of 2019 Presidential Elections among Ukrainians, Leading to Increasingly Positive Attitudes on Democracy and Elections in Ukraine

Information on Elections Reaches Over Half of Ukrainians, with Differences in Preference of Source between Youth and Non-youth 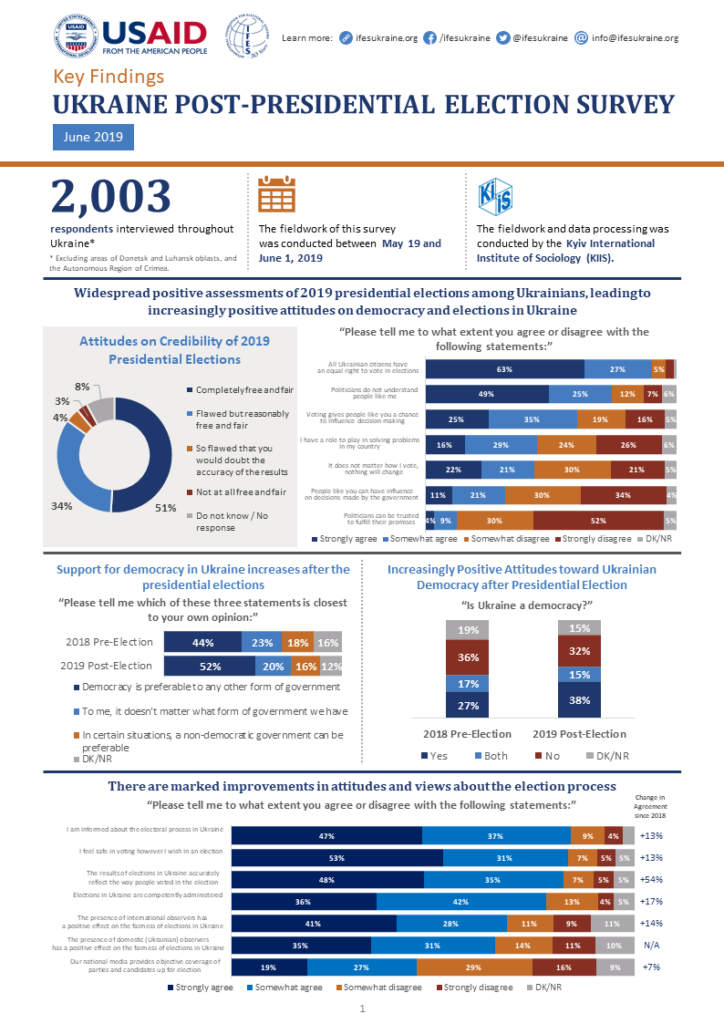 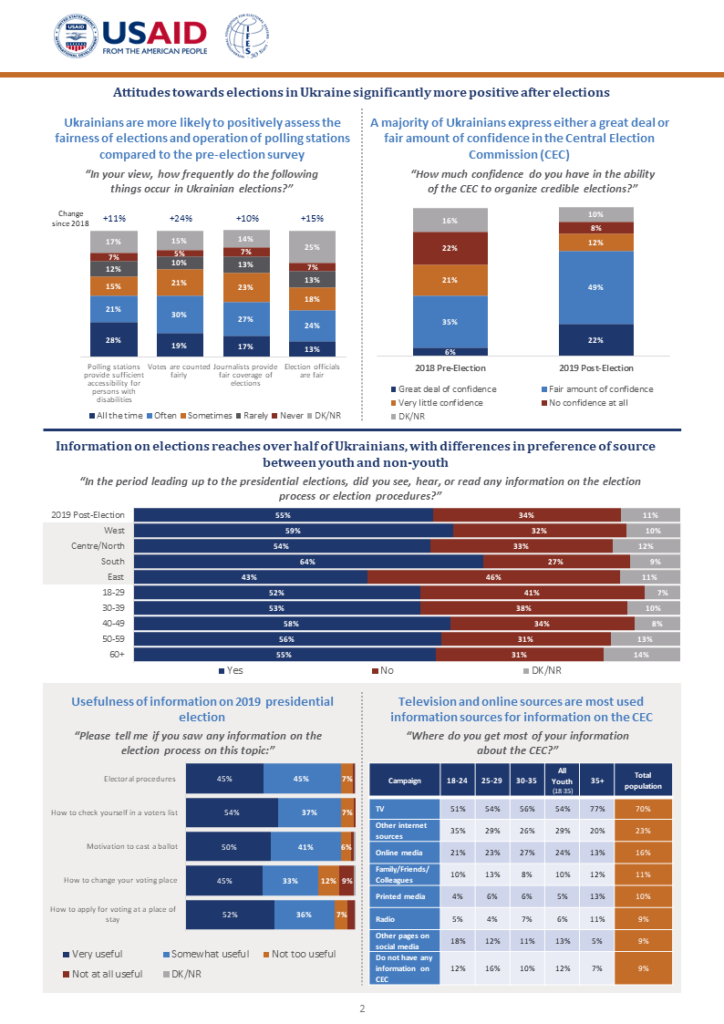 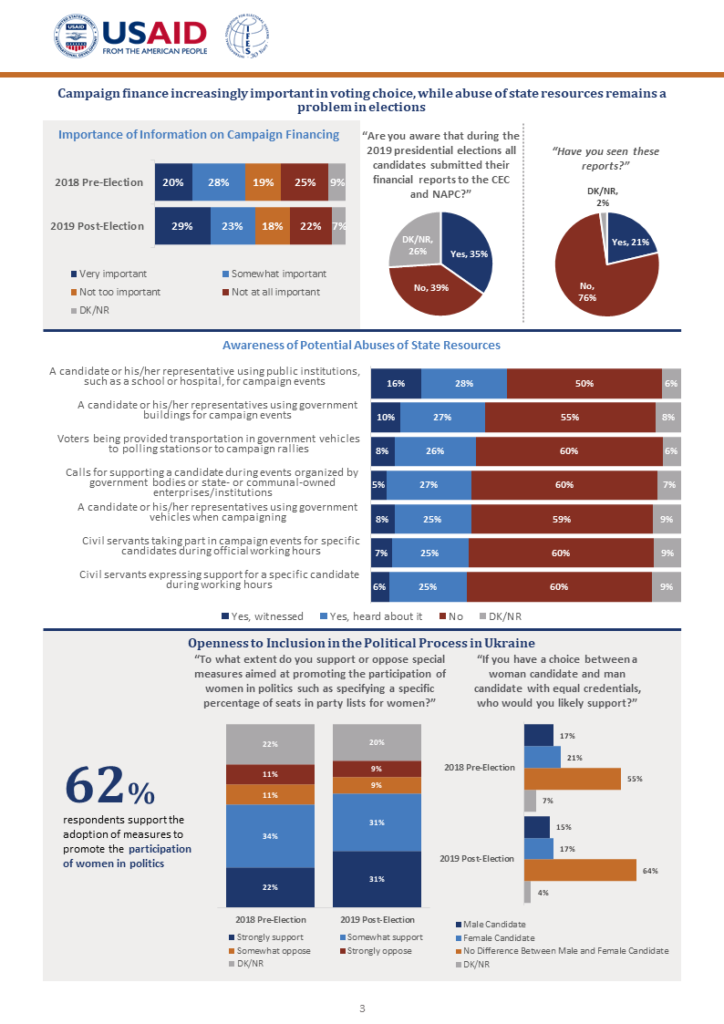 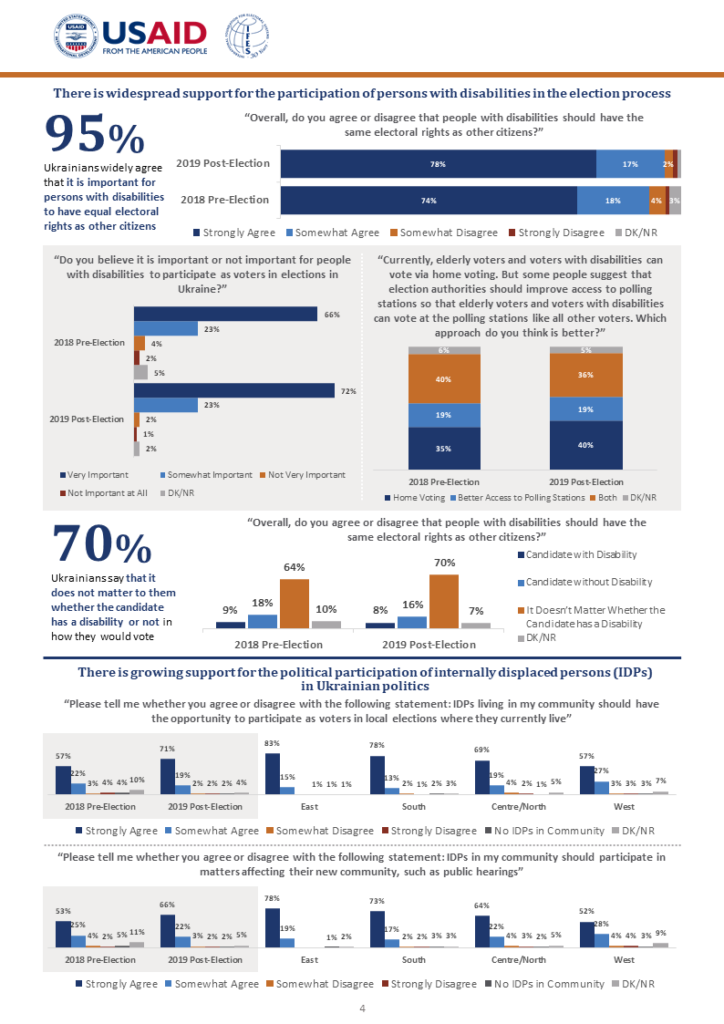