The election code was approved with a comfortable majority of 330 votes, with 2 votes against and 10 abstaining. Although the election code would still need to be amended in order to reflect all agreed electoral reform priorities, today’s vote is historic and the adoption of this important piece of legislation is a significant step forward for democracy and elections in Ukraine.

Today’s vote marks the end of a long journey. This election code was first conceived in the mid-2000s and has undergone several subsequent changes since. A first version passed by the Rada in 2017 in the first reading was returned to the Rada Committee for finalization and was adopted into law in July 2019. President Zelenskyy, however, vetoed this version of the Code in September 2019 and subsequently returned it to the new Parliament together with a list of 17 proposals for its improvement.

Ukraine’s new election code will harmonizes procedures for all Ukrainian electoral events – presidential, parliamentary and local elections – as long recommended by the Organization for Security and Cooperation in Europe (OSCE) Office for Democratic Institutions and Human Rights (ODIHR) and the Council of Europe’s Venice Commission. It will not replace the Law on the State Register of Voters and Law on the Central Election Commission which will remain in force and regulate the work of the two respective institutions whose mandates apply not only to elections but also to referenda. 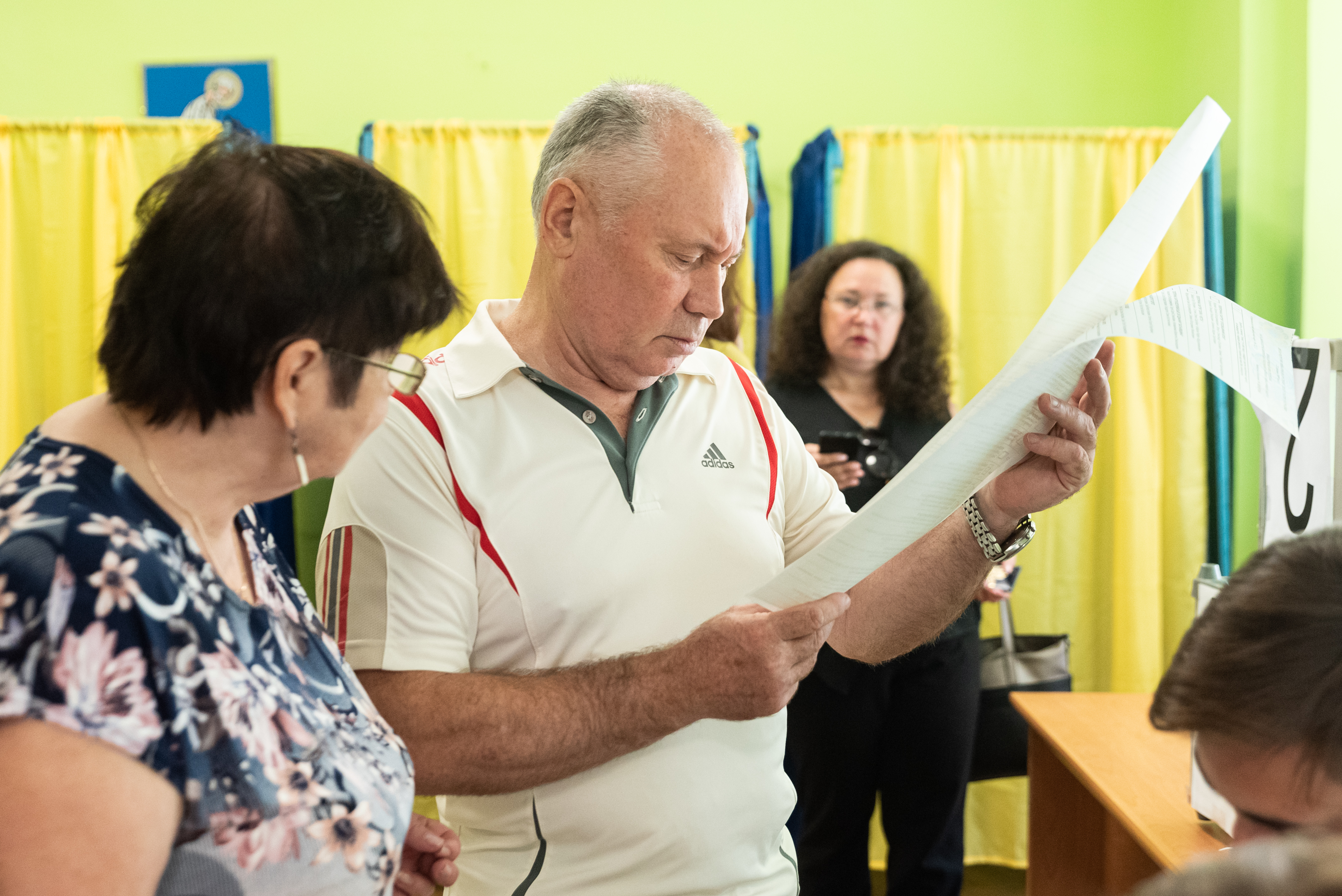 All 450 members of Parliament will in the future be elected under a proportional representation (PR) system in 27 regional constituencies. The constituencies will mostly be the existing oblasts, with the exception of Kyiv city and Dnipropetrovsk oblast that will be divided into two constituencies due to their size (and since out-of-country voters will be assigned to Kyiv) and a new “southern” constituency with center in Kherson which will include Kherson oblast, the Autonomous Republic of Crimea and the city of Sevastopol.

Only parties are entitled to contest seats in the future parliament; independent candidates will need to join a party list in order to stand. The PR system for parliament will combine features of open and closed party lists, with most seats to be distributed according regional open party lists where voter choice may impact which candidate on the list get a parliamentary seat. The number of mandates in a regional constituency will depend on voter turnout in that region on election day. Regions with higher than average turnout will be better represented in the Rada compared to the regions with lower turnout. Parties will qualify for parliamentary seats if they clear a five percent national threshold.

A new feature is that every party will have a national list of all its candidates – including those running in the regions. The national list exists exclusively as a tool to aid the distribution of candidates to seats. The innovation is that if a party clears the threshold and qualifies for parliament then the first nine candidates on its national party list will enjoy a priority in getting a seat. Only thereafter will seats be awarded to candidates on the 27 regional lists of the parties for which voters voted.

How can a voter influence the party’s ranking of the candidates? Voters will vote according to the regional constituency and will receive only one ballot for parliament with the list of parties and candidates registered on the regional party lists. Voters must tick a box for a party for their ballot to be valid. If they want to indicate their preference for a particular candidate from the list of that party, they can do so, but this is optional. To make a preferential choice for a candidate the voter will need to write the sequence number of this candidate according to the regional party list into the ballot paper. The ballot format thus makes it easy to vote for a party (for the entire regional list of the party plus the top nine candidates on the national list), but it requires some effort from the voter to make a preferential choice of a candidate.

Only candidates who receive at least 25 percent of the electoral quota (which, based on voter turnout and election results for 2019 parliamentary elections, translates into approximately 7,000 votes) would be entitled to get seats regardless of their sequence (ranking) on the regional party list.

The combination of the “reserved” nine seats on the national list, the ballot paper format encouraging voters to vote for the party list rather than for a particular candidate, and the 25 percent criteria, in fact, largely turns the electoral system for parliament into a closed-list system, as only a small share of party candidates would get elected thanks to voters’ support rather than to their position on the party list decided by the party. 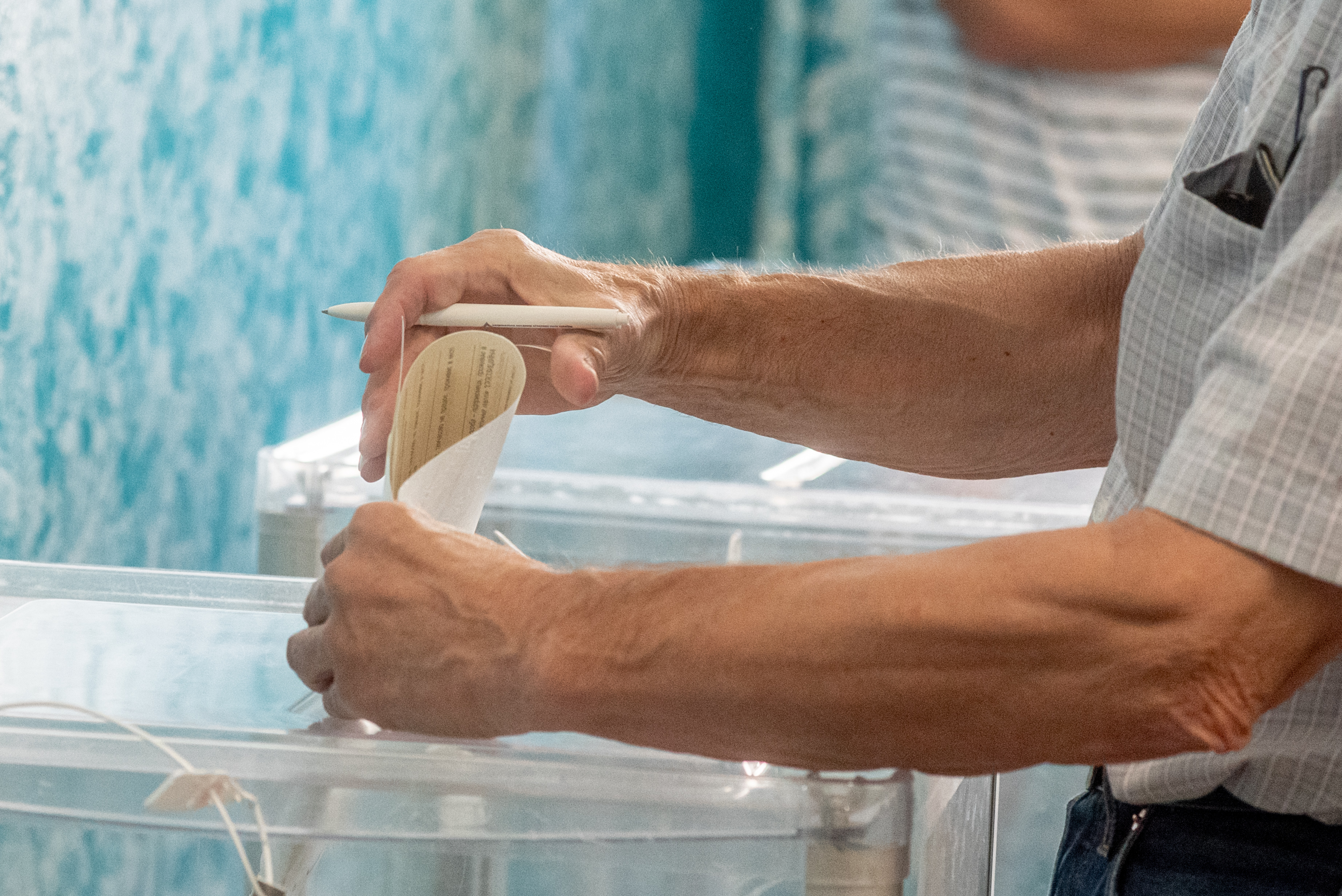 A new feature in local elections is that members of city councils in cities with more than 100,000 voters and in oblast councils will be elected under a mixed system open list proportional representation (PR) system. Parties will be entitled to seats in the respective council if they clear a 5 percent threshold. Most of the seats would be distributed in the multi-member constituencies based on the open list proportional system (the candidates with higher number of votes would be given priority in getting a seat), while the remaining seats would be distributed under the closed list system.

Elections of members of the remaining local councils will be conducted under a multi-member majoritarian electoral system in which voters will participate under a single non-transferable vote (SNTV system). Up to four seats in each multi-member constituency will be distributed to the candidates who receive the highest numbers of personal voters in the constituency. While the SNTV system has few advantages, it also poses a number of serious challenges: it may distort the proportionality of the outcome since it is not given that the most voted party will receive most of the seats in the respective district; furthermore, since multiple candidates of the same party are competing for the same votes it may lead to internal party fragmentation, discord and ‘clientelist’ behavior, where local politicians offer subtle electoral bribes to groups of defined voters.

The adoption of the election code will resolve some of the most problematic issues noted in past elections by election observers. It will in particular abolish the single-mandate districts for parliamentary elections that proved prone to vote buying and abuse of state resources. It also marks the end of the St. Petersburg electoral system for local elections that was criticized by national and international experts for its unpredictability and disproportional results.

Other Features of the New Election Code

The election code addresses one of the most pressing issues raised by the international observers in the 2019 parliamentary elections by clarifying the residence requirement for candidacy to avoid ambiguous interpretation. The Central Election Commission (CEC) is now required to check a candidate’s compliance with eligibility requirements by sending requests to certain state agencies, such as Security Service, the Ministry of Interior, state Border Service.

The full enfranchisement of IDPs and economic migrants will close an important human rights gap as they will now be entitled to register a permanent electoral address, once and for all future elections, and vote where they actually live. It is a major human rights achievement that brings Ukraine in accordance with its international obligation to ensure the rights of its citizens not only in theory, but also in practice. The election code for the first time formalizes the much welcome separation of the ‘electoral address’ from the ‘residence registration,’ (‘propiska’) which is a first important step in the reform of the permission-based residence registration system in Ukraine.

Elections in Ukraine will become more inclusive as a result of a range of new provisions code aimed to ensure a better level of accessibility of elections for voters with disabilities.

One of the main new features is the introduction of a 40 percent gender quota for party lists in parliamentary elections: at least two candidates in each group of five candidates on the regional party lists must be women. The enforcement of this quota is ensured through a measure that gives the CEC the right to reject the list if the party fail to comply with the quota requirement. The quota requirement will give political parties a legal obligation to run more women and thus significantly increase their level of representation and political participation compared to the current level.

Last but not least, the election code will enter into force on January 1, 2020. This will ensure a certain stability of election law and removes the uncertainty about which legal framework will apply to the next local elections in 2020. This gives stakeholders time to adjust to the new provisions in time before the next elections. 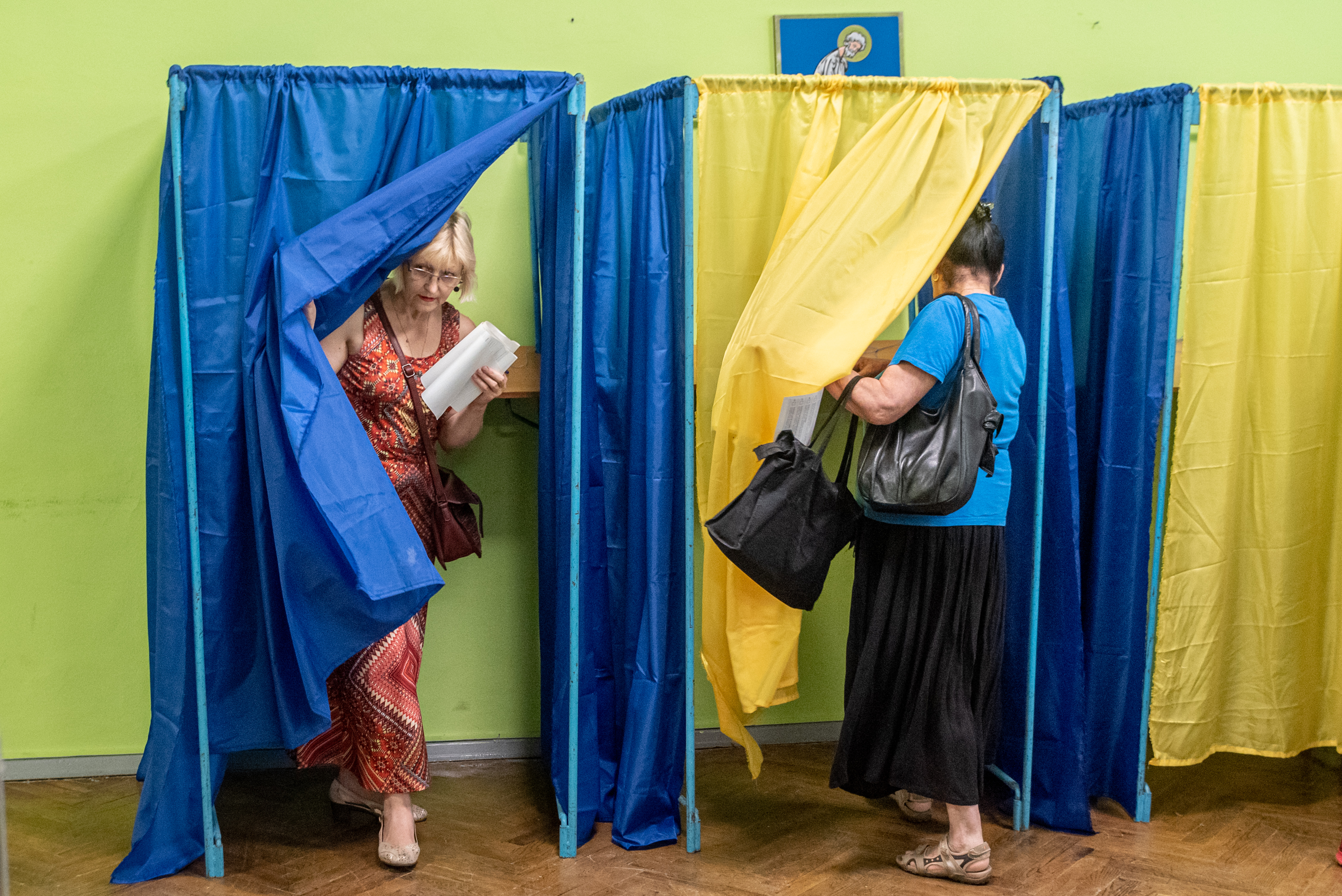 Unfortunately, some other important electoral reform proposals that were considered and agreed in the framework of the October and November consultations have, for the time being, been set aside. These issues include the regulation of election campaigning in new media, including online; introduction of mandatory training of election commissioners; enhanced transparency of campaign finance; introduction of effective election dispute resolution system; imposing restrictions on campaign spending (such as bans on certain type of campaigning, including on TV/radio/outdoor) before the registration of candidates; and enabling civil society observers to observe all aspects of elections; and effective measures to prevent “clone” and/or frivolous candidates from running in the elections.

It is also expected that the provisions of the code governing the local elections would be rewritten in 2020 to reflect changes stemming from decentralization reform and amalgamation of the communities/rayons.

These priorities should be introduced in the form of amendments to the adopted election code once it is promulgated by the President. The drafting of such amendments should build on what has already been developed, discussed and preliminary agreed through previous consultations. It is important that parliament continues to hold consultations with all stakeholders – experts, civil society, the CEC, media, etc. – in the process of introducing these important amendments to the election code.

IFES Ukraine congratulates all Ukrainians with this important contribution to the country’s democratic progress. IFES Ukraine would like to pay tribute to the past and current lawmakers for their efforts in moving the electoral reform agenda forward, to civil society groups and activists for their relentless efforts over the years to advocate for inclusive and democratic elections that would better serve the interests of all Ukrainians, to the CEC for sharing the valuable legal and technical insight, and to international partners for their continued support to the process. Dozens of dedicated Ukrainian individuals and organizations have through their work put the enfranchisement of the internally displaced and economic migrants, access to elections for people with disabilities, and the promotion of participation of women in politics at the forefront of discussions surrounding a new code. IFES sincerely congratulates all those involved in these years of advocacy and work, with a special mention to the Civil Network OPORA, Group of Influence, Human Rights Center Zmina, the National Assembly of Persons with Disabilities, Fight for Right, CHESNO Civic Movement, as well as the countless gender equality organizations and human rights advocates who have tirelessly worked for changing for the better.

An extensive analysis of the election code by IFES will follow.